Quick links for this page:

The RCMP maintains a central police database, Canadian Police Information Centre (“CPIC”), that may be accessed by law enforcement agencies across Canada. Once a conviction of a criminal offence has been registered against you by a Federal or Provincial court in Canada, the conviction is entered into the CPIC system.

In addition, local police agencies also maintain their own databases that contain additional information, including charges laid and criminal histories for non-convictions (e.g., acquittals, withdrawals, stays of proceedings). This type of information is usually kept internally and is not regularly released for the purpose of background checks.

Information on discharges (i.e., cases where a finding of guilt has been made, but a judge has decided not to register a conviction) are also maintained by CPIC and local police agencies.

Every police agency has its own policies and procedures with respect to record retention and destruction. A request to destroy your police records with the local agency that laid the charge, or with CPIC, may be done in certain situations where your case resulted in a non-conviction. In addition, if your case resulted in a non-conviction, you can apply to have any fingerprints, photographs and records of dispositions destroyed by the local police agency.

Effect of Conviction on Employment

A Vulnerable Sector Check will reveal almost every interaction an individual has had with the police, either as a youth or an adult, including criminal records, occurrence reports, youth records, absolute and conditional discharges, and judicial orders. The history is then reviewed against a list of specified offences to determine the risk an individual may pose where they have unsupervised access to children or vulnerable adults.

If you are currently employed or are looking for employment and have been charged with committing, or convicted of, a criminal offence, we can help you assess the impact of the charges or conviction on your employment, including:

Effect of Conviction on Travel

A conviction of a criminal offence can negatively impact a person’s right to travel outside Canada. In fact, an accused person facing criminal charges in Canada may have difficulty travelling to certain countries, depending on the nature of the charge and the ultimate disposition of your case.

The United States has very strict immigration rules for Canadian citizens and permanent residents who have been involved with the justice system in Canada. A person’s criminal history, even for a minor offence, can result in being denied admission, depending on both the circumstances of the offence, the final result of the case, and their interview with United States Citizenship and Immigration Services. Generally, to be denied entry into the United States on criminal grounds, the non-citizen or non-resident must be convicted of a “Crime of Moral Turpitude.”

The list of “Crimes of Moral Turpitude” is extensive. It includes drug offences (even simple possession of Marijuana), most crimes of deception and a number of crimes of violence. The definition of “conviction” is much broader than in Canada and may include a conditional discharge for a “Crime of Moral Turpitude”.

If you are planning to travel in the near future, and are concerned about the impact that your criminal history may have on your travel plans, contact us today. We work directly with US immigration attorneys in assisting Canadians who wish to travel to the United States for business or holidays. An experienced US immigration attorney can assist you with the preparation of an inadmissibility waiver. If you do not answer truthfully when asked about your criminal history while attempting to enter the United States, you may suffer serious consequences. With respect to travel to other countries, we can assist with determining and fulfilling the travel requirements on a case-by-case basis.

Effect of Conviction on Immigration Status

A conviction of a criminal offence can have negative consequences on a person’s status in Canada if they are not a Canadian citizen. Non-citizens (including permanent residents) who have been convicted of certain serious categories of offences in Canada (regardless of the sentence imposed), or who have received particular types of sentences (regardless of the nature of the offence), may find themselves subject to an immigration removal order.

At an appeal, the Immigration Appeal Division can consider humanitarian and compassionate factors, including the best interests of any child who would be affected if you had to leave Canada.

If you have been charged with committing a criminal offence and you are not a Canadian citizen, it is important that you get legal advice as soon as possible. Contact us today. 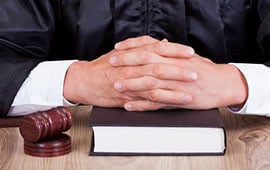 If you are looking for a criminal lawyer or you would like to discuss your charges, don’t waste any more time. Contact us today. We are available for consultation 24 hours a day 7 days a week.

Your First Consultation is Always FREE!

This includes our review of your case, evaluation of possible defenses, and development of a plan of action. You should also know that consultations are completely confidential and subject to solicitor-client privilege.

Making it Convenient for You

Our law firm accepts all forms of payment including Visa, Mastercard, Debit, and cheque.  We will make reasonable efforts to work within your budget to ensure that your defence is not compromised including payment plans or financing.  Call now to discuss your case and the options available to you.