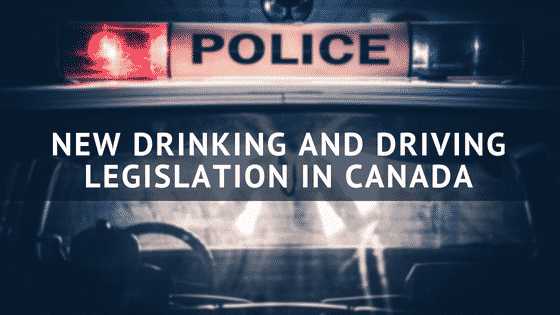 On December 18, 2018, recent amendments to the Criminal Code of Canada will come into force that will transform the law in Canada as it relates to drinking and driving offences, including Impaired Driving and Over 80.

“Reasonable Suspicion” no longer required for a DUI breath test

Currently, police officers must form a “reasonable suspicion” that a person has alcohol in their body and has operated a motor vehicle within three hours prior to demanding that a person provide a breath sample into an “approved screening device” (i.e. road side breath test).

The amendments eliminate the need for police officers to form a “reasonable suspicion” before demanding a sample of breath. Police officers who have an approved screening device with them may require any person that is operating, or has within the preceding three hours operated, a motor vehicle to provide a breath sample into an approved screening device even without a reasonable suspicion that the person has alcohol in their body. Any driver who refuses to provide a breath sample could be subject to a criminal offence.

The new legislation also increases the mandatory minimum fines for those convicted of a drinking and driving offence, based on the blood alcohol content of the operator.

In addition, the maximum penalties for drinking and driving offences will be increased to:

As a result, it will be possible for the Crown to bring a dangerous offender application against a person convicted of drinking and driving offences.

If you have been charged with drinking and driving (DUI) criminal offence, call Mark Hogan Criminal Defence Lawyer today for a FREE CONSULTATION! Call (416) 200-7005 (24/7).