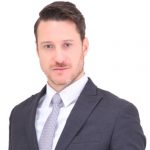 Defending against sexual assault charges is becoming increasingly difficult in the #metoo era. In fact, there have been a number of incremental legislative amendments and other changes in the law over the years that make defending against allegations of sexual assault more difficult than other charges. Many people are not even aware of these changes and express shock and disbelief about the restrictions on what they can do to defend themselves after they have been charged. For this reason, defending against sexual assault allegations is one area of criminal law where it is strongly recommended to retain a criminal lawyer experienced in defending charges of this nature.

Here are a few facts about the criminal offence of sexual assault of which many people are unaware:

There is no such thing as “Implied Consent”

There is no such thing as implied consent. Clients are often genuinely shocked to learn that just because the complainant didn’t say no doesn’t mean the complainant consented to the sexual activity that forms the subject nature of the charge. Whenever engaging in sexual activity, it is imperative that each participant ensure that each of the other participant(s) is consenting to the sexual activity. No consent is (or can be obtained) where the complainant is incapable of consenting to the activity. This includes situations where a complainant is sleeping or is intoxicated by alcohol or other drug to the point where they are incapable of consenting. A person’s consent can be withdrawn at any time and for any reason. This seems counterintuitive to many clients who claim that it is a buzzkill to have to take measures throughout a sexual experience to ensure the other party is consenting. Consent does not have to be given in words (although that is the surest way to confirm another party is consenting) but does need to be express and not merely implied based on the circumstances. Although there is a defence of honest but mistaken belief that the complainant consented (which see below), that defence is not always available, and is only available under certain conditions.

No corroboration of sexual assault is required for a conviction

No corroboration is required. The criminal code expressly provides that no corroboration is required in order to secure a conviction for sexual assault. This means that an accused person can be convicted SOLELY on the testimony of a complainant at trial – even if no other evidence is introduced – if the trier of fact (judge or jury) is convinced of the accused’s guilt beyond a reasonable doubt based on whatever evidence is introduced at trial. 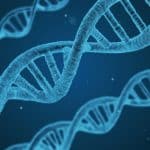 DNA evidence may or may not be helpful 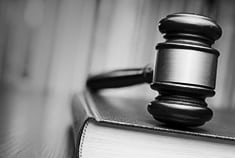 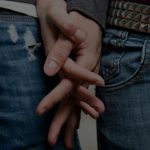 Mistaken belief of consent is a valid defence

The accused cannot access or introduce certain records about the complainant without a court order. These records include, among other things, medical, counselling and employment records, as well as personal journals and diaries. In order to gain access to these records and/or introduce them into evidence at trial, an accused must establish that (a) the record sought is likely relevant to an issue at trial or to the competence of a witness to testify; and (b) the production of the record is necessary in the interests of justice. This is a high threshold to overcome, and can never be used as a “fishing expedition” simply to find out more information about the complainant. Usually without having even reviewed the record, the accused must be able to establish that the record exists, generally what is in the record, how the record is likely relevant (and not just because it covers the same or similar subject matter, or contains an inconsistent statement that the accused wishes to introduce into evidence to impeach the complainant’s credibility) and that failure to produce the record would significantly impact the accused’s ability to make full answer and defence. A separate motion must be made before the trial judge before the trial in accordance with the timing and procedures set out in the Criminal Code. These requirements are strictly enforced, and failure to comply with them often results in the motion being denied.

Have you or a loved one been charged with sexual assault?

If you or a loved one has been charged with sexual assault, don’t attempt to navigate these very troubled waters on your own. We are well experienced in defending against allegations of sexual assault and are here to help. Call Hogan Law Firm today.