The law regarding sexual assault in Canada is complicated, at times confusing and constantly evolving.  In fact, many of our clients are surprised, sometimes shocked, to learn after they have been charged that their understanding of what constitutes a sexual assault is not in line with the law.

The Truth About Sexual Assault Law in Canada

If you have been accused of committing a sexual assault, it is imperative that you retain a criminal defence lawyer that has successful trial experience and up-to-date knowledge about the evolving sexual assault law.

Rules of evidence that apply in other legal contexts do not apply in the context of sexual assault proceedings.  Your lawyer must be aware of these unique, and developing, rules of evidence. Failure to properly structure your defence or file documentation on time, may preclude you from advancing an otherwise legitimate defence. For that and other reasons, many criminal lawyers do not accept cases involving sexual assault.

What are the consequences for a sexual assault conviction in Canada?

The stakes are high: a sexual assault conviction generally attracts a jail sentence, for terms that are often higher than clients expect in their circumstances.  In addition, a person convicted of sexual assault is automatically subjected to the Sex Offender Information Registration Act (“SOIRA”) for at least ten years as well as other mandatory court orders.

At Hogan Law, we have extensive experience in defending accused persons against sexual assault charges.  Based in Mississauga, we have successfully defended accused persons in the Greater Toronto Area and throughout the Province of Ontario. We will travel anywhere to fight for justice. 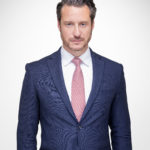 Criminal Lawyers in Mississauga to Represent You

At Hogan Law Firm, we act for clients throughout Ontario. We have represented clients at all levels of court and at most courthouses in Ontario.  We are driven by our passion for justice. For fairness. For liberty.  We look for injustices committed by the government and fight to fix them. We relish the opportunity to take our cases to trial where it is in our clients’ interests to do so.

If you have been charged with a criminal offence anywhere in Ontario and would like to have a free consultation with one of our lawyers over Zoom, Skype, FaceTime or phone or in person, contact us today! Call (416) 200-7005 (24/7) for a free consultation.