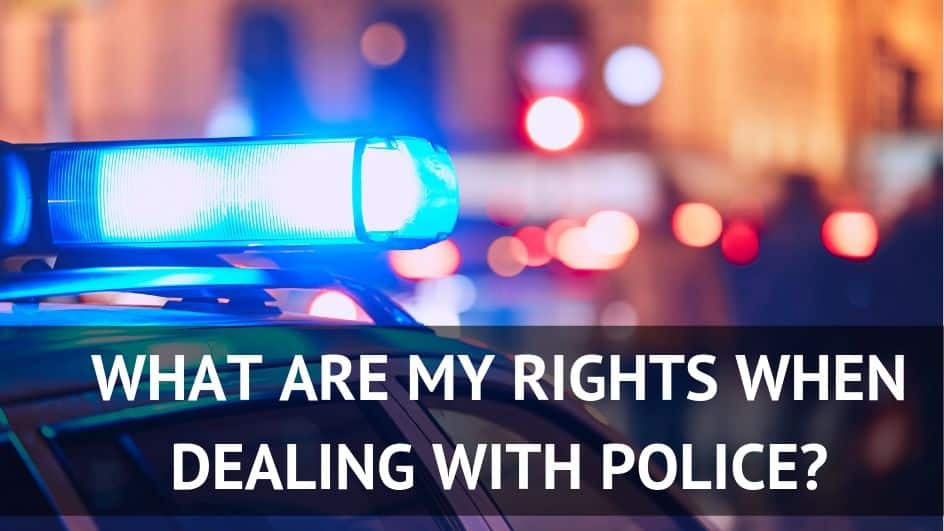 People often ask about their rights and obligations when they are stopped and questioned by police.  The answer to this question depends on the facts of the situation, including where you are (e.g., in your vehicle or home or on the street) and whether police are simply interacting with you or whether you have been arrested or detained.

“As a general rule, you do not have to answer police questions or show them your identification…”

In general, police can stop you and ask you any questions they want.  However, as a general rule, you do not have to answer their questions or show them your identification. Exceptions to this general rule include situations when you have been stopped for a traffic offence while driving or riding a bicycle, or if you are being held for an investigatory detention.  In these cases it is advisable to identify yourself. 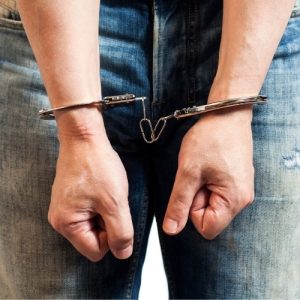 Arrest vs. Detention: What is the difference?

You are arrested when police formally take you into their custody.  You will know when you have been placed under arrest because police will tell you that “you are under arrest” and they will place you in handcuffs and/or take physical control over you.

The question of whether or not one is “detained” is not as easy to determine. It is a question of fact and law. Generally, detention occurs when the police stop you and give you reason to believe that you are obligated to stop and comply with their demands. If the police physically restrict your movements or tell you that you are not free to go, then you are being detained.

However, the definition of “detention” may fall short of actual physical constraint. A person may be “psychologically detained” if they felt legally compelled to stop and speak to police and a reasonable person would conclude in those circumstances that they had no choice but to comply.

An individual who is briefly delayed by police action will not have been “detained”. A person is considered to be detained when their liberty interest is suspended by significant physical or psychological restraint.

It is possible for a person to be detained even if the person voluntarily attends at a police station for an investigatory interview with police. In these circumstances, when determining whether the person was under detention, a court would consider a number of factors, including:

The easiest way to determine whether you are being held for an investigatory detention or whether police are simply interacting with you is simply to ask them “Am I being detained?” or “Am I free to leave?”

If police stop you and inform you that they are investigating a specific criminal offence that they believe you are involved in, you have a choice as to whether you wish to cooperate by giving your name and producing identification, but you are not obligated to do so. Before giving any information, you should ask police why they have stopped you and get specific details about the offence they are investigating. 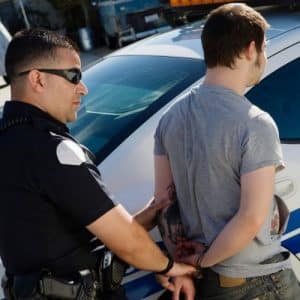 What are my rights if I am arrested?

“Everyone has the right not to be arbitrarily detained or imprisoned….”

Exceptions to this general rule are when you are operating a conveyance (e.g. driving a motor vehicle). Under the Highway Traffic Act, police are permitted to stop a motor vehicle for the purpose of general traffic regulation such as checking for a valid driver’s license and insurance, mechanical fitness of the vehicle and the sobriety of the driver. When stopped by police while driving, you must produce your driver’s licence, vehicle registration and insurance for the vehicle you are driving.  However, note that passengers do not have to identify themselves or answer any questions asked by the police unless the police have specifically detained the passenger as part of an investigative detention for a criminal offence.

In addition, a police officer that is in the process of issuing a ticket for a provincial offence (e.g. a traffic offence committed by a bicyclist, public drunkenness) can demand identification in order to ensure that they have the correct name and address of the accused person.  If the person fails to provide their identification (or otherwise convince the officer of their identity), they could be arrested.

If you have been detained or arrested, you do not need to provide any information beyond your name and date of birth for identification purposes. You also have the following rights:

During a detention, police may have the right to conduct a protective pat-down search in order to ensure that you are not a threat to them or the public. The police are permitted to frisk you and confiscate any weapons they find. However, they are generally not permitted to empty your bag or purse without a warrant.  This could also include your phone.  Read our article on “Are police allowed to search my phone upon arrest?” for more information.

A search being conducted after an arrest is in general more thorough than a search being conducted during a detention. In addition to conducting a pat-down search in order to ensure that you are not a threat to them or the public, depending on the circumstances and the nature of the charge(s), police may be able to search anything you’re carrying and/or your vehicle. 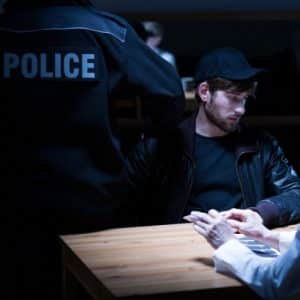 How should I conduct myself if I am arrested or detained?

While you always have the right to assert your constitutional rights when dealing with police, you should carefully consider the possible outcomes in every situation. Being rude or aggressive with police, or simply asserting your rights for the sake of doing so, may result in an aggressive response by the police, and could result in a longer (and perhaps unnecessary) detention, arrest or possible charges.  For more information, read our article on what to do if you get a call from the police.

If you or anyone you know has been arrested or detained, call Hogan Law Firm today for a free consultation.